WIP: The ground begins to tremble...

The Brass Stampede will soon shake the battlefield with the thundering of juggernauts hooves: 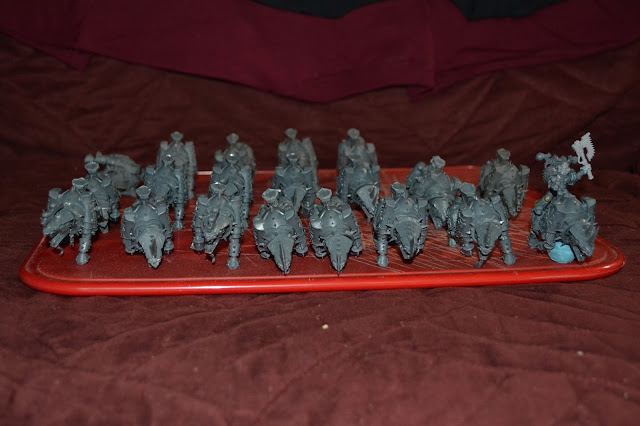 The arms, torsos, and legs are on their way. The rest is ready to go!

This was the old version (concept build): 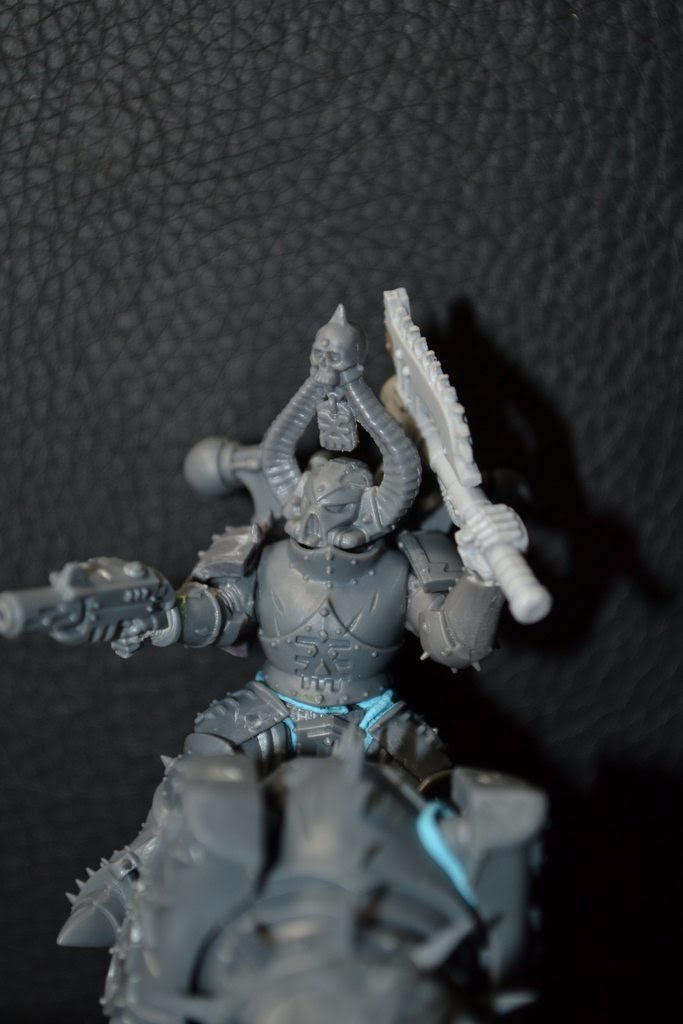 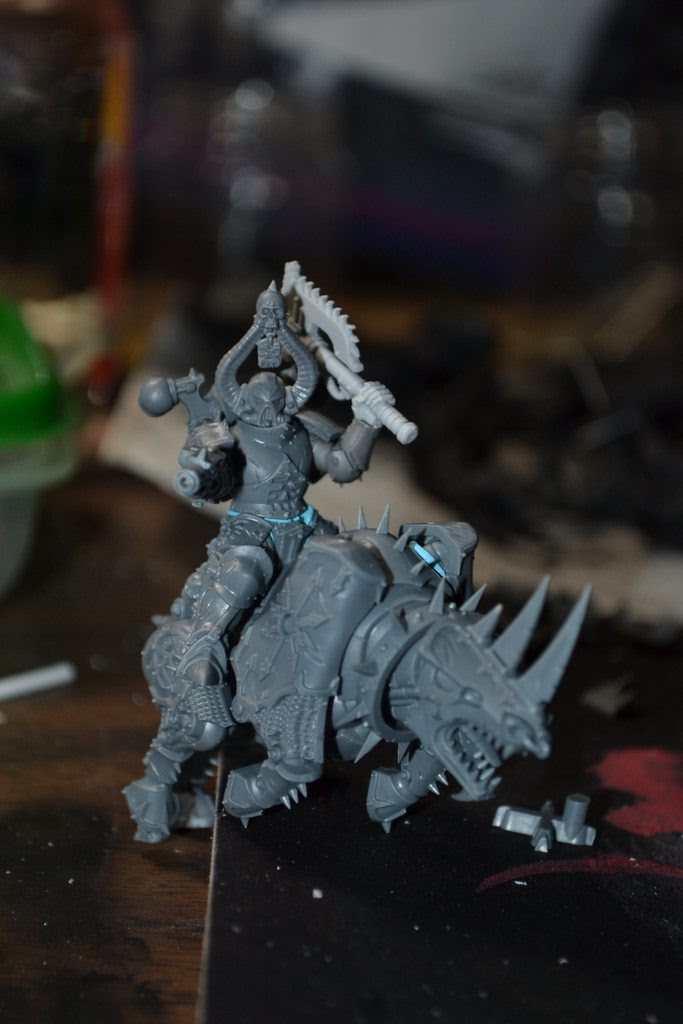 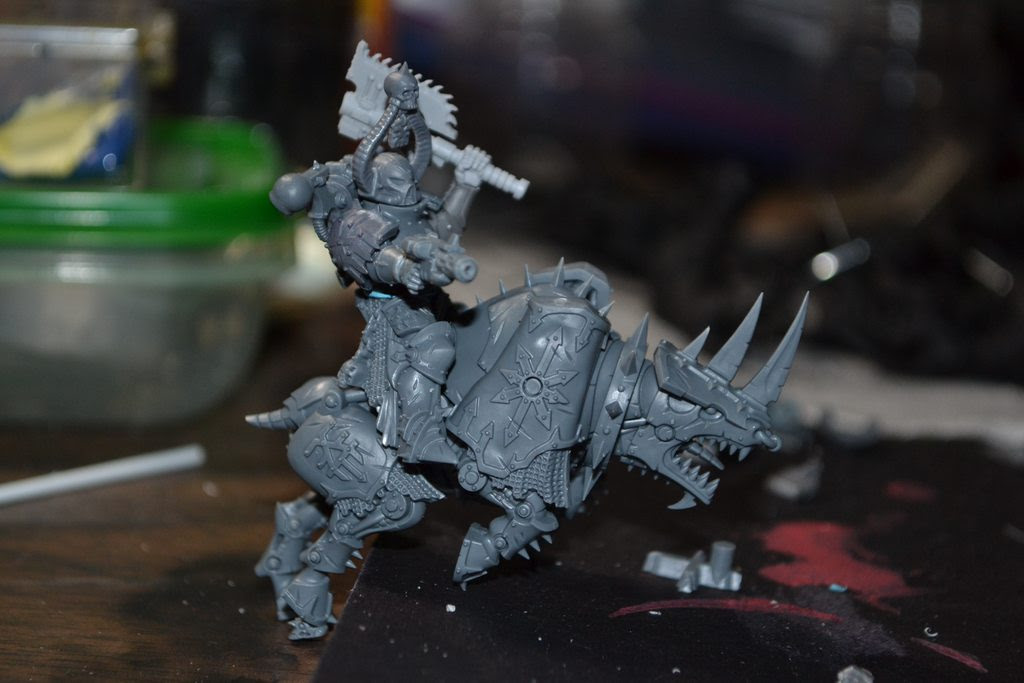 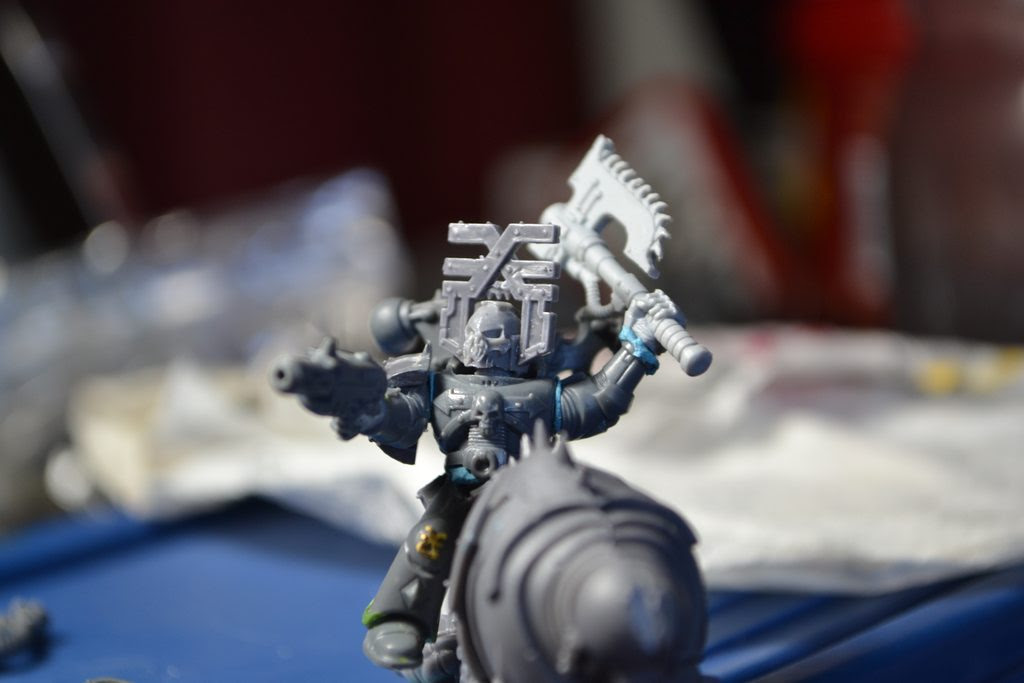 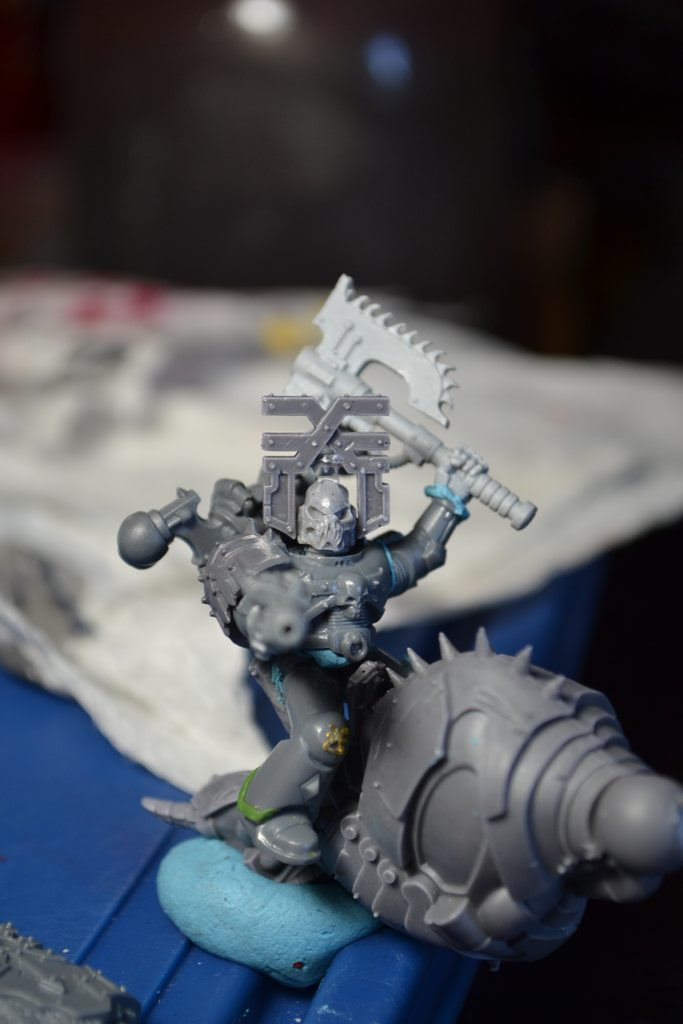 I think I just really prefer the 40k parts to the WFB Skullcrusher bits for the rider. Previously, I was using the Skullcrusher torso, left arm, and legs with a 40k head, shoulder pads, and right arm. I still like the CSM Khorne champion head from the original, but I think I like the 30k Night Lords Terror Squad heads better. There is variation among them, so the riders don't all look identical, and the skull visage is just perfect for a Khorne Daemonkin army, IMO.

It will require far more work, but now I'm going to use 40k berzerker torsos (not pictured, the one used is from the CSM kit), and Thunderwolf Cavalry arms/legs. Based on the procedure I used to achieve the new mock-up: I'll use a dremel/blade to carve away the pelvis from inside of the saddle. Then, I'll trim a bit of the power armor from the butt section of the legs to make it fit in the saddle.

The Skullcrusher legs have waaaay more detail, so I'll be adding a ton of bling in the form of brass Khorne icons, sculpted greenstuff, and so on. I'm also debating whether or not I want to make stirrups. I think they improve the believability of the rider being able to fight from juggernautback, rather than merely sitting there. The other thing I'm debating is reins. In my "fluff" of the unit there's a sort of mental link between rider and mount, and in general the juggernaut is going to charge straight toward the enemy - which is probably where the rider wants to be, as well.

So there are going to be at least 18 of these guys. I've "saved" money by buying the juggernauts second hand on eBay and from friends and such, but I've easily spent as much as I would have on the full kits including all the bits I've purchased for them...
Posted by Juggernut at 9:03 AM 2 comments: