WIP Berzerker: One of many

Working on a huge pack of berzerkers, and this is one of them, waiting half a second for a challenger to arrive before carving some turkeys. 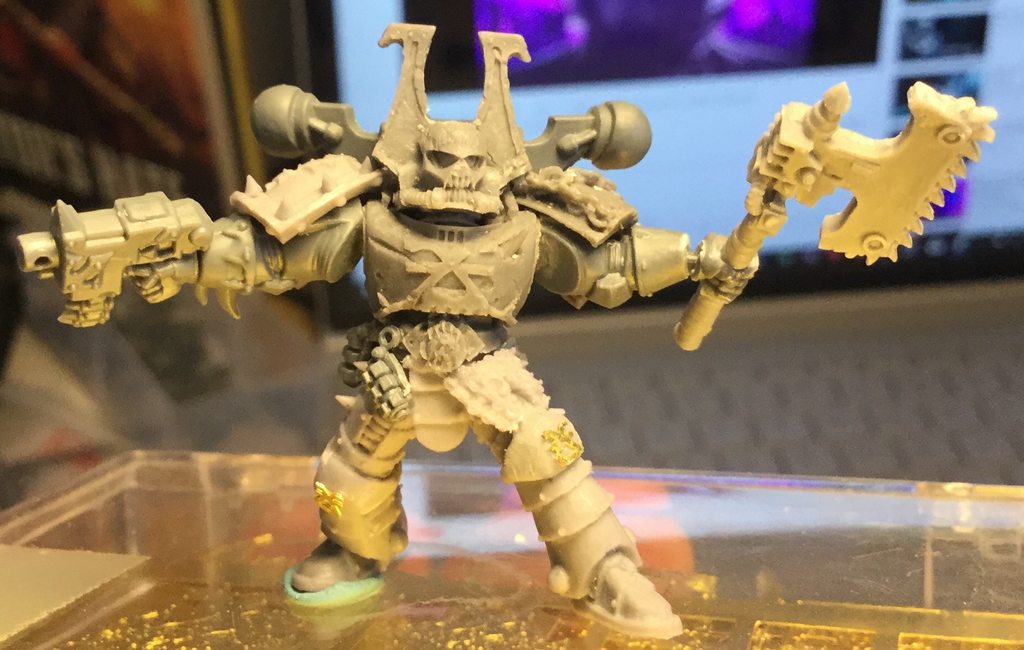 Posted by Juggernut at 11:30 AM No comments:

To go along with my 30k Blood Cult, I've been working on this daemonology-obsessed praetor. Haven't come up with a name or story for him yet, but here he is. Also, check out the Word Bearers dice from FW. They're worth their weight in gold, but I love them:

Posted by Juggernut at 4:08 PM No comments:

I haven't been updating the blog for a long time, though I have been working here and there.

I have a number of projects going on, which I will gradually post here, but since the Fangs of Cerberus were the most recent project, I figured I'd start with that update:

Here are some pictures of the Skull Champion, and a few shots of my custom transfers from http://www.fallouthobbies.com/. 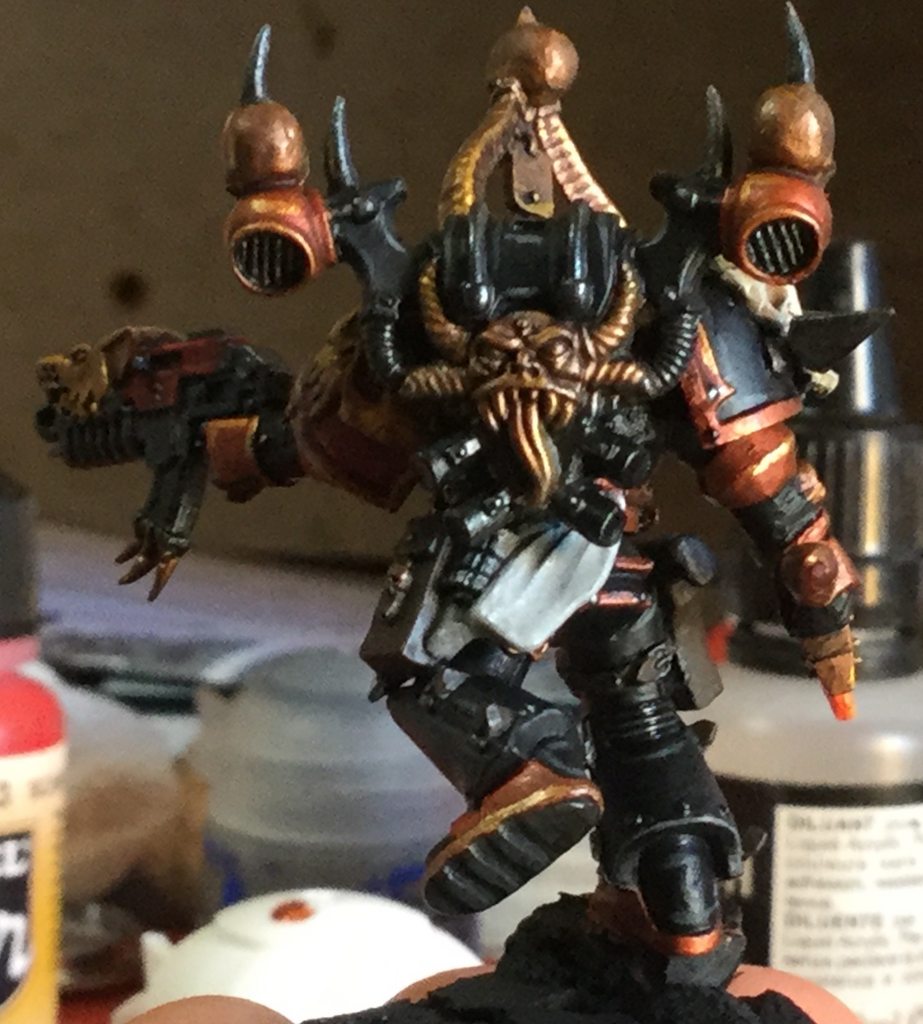 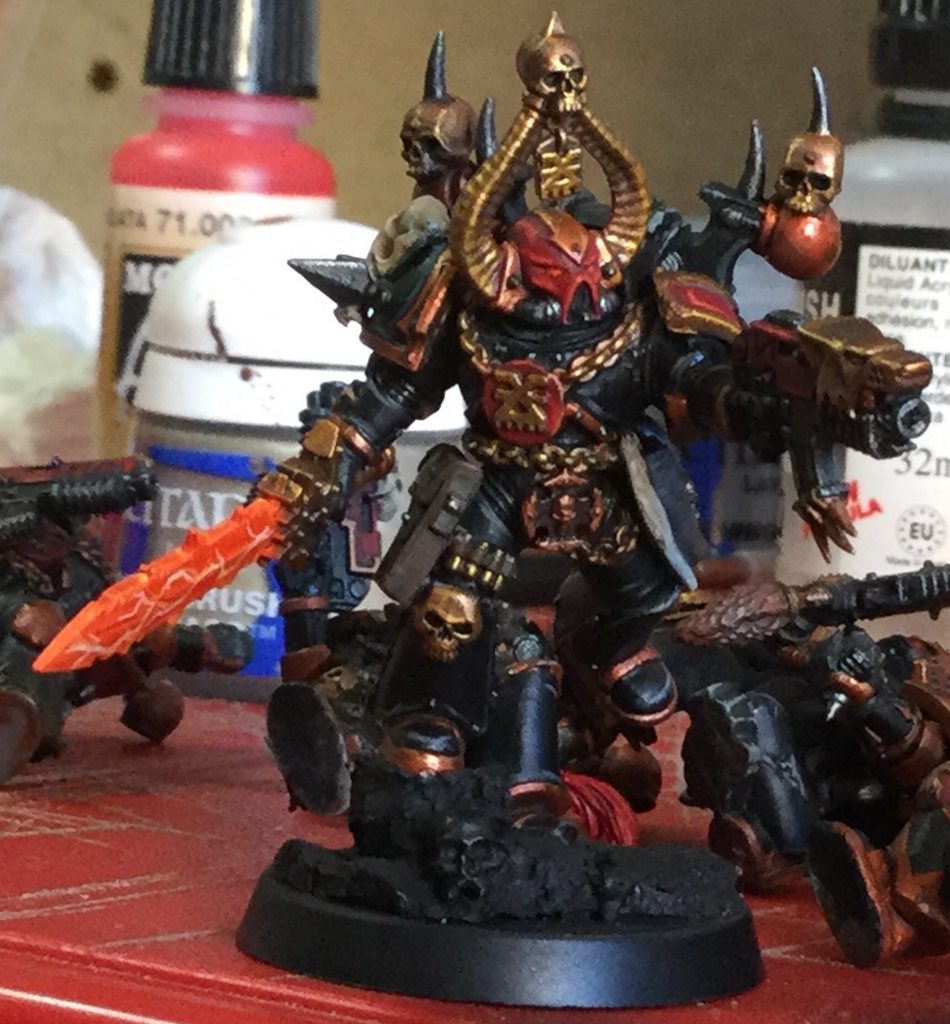 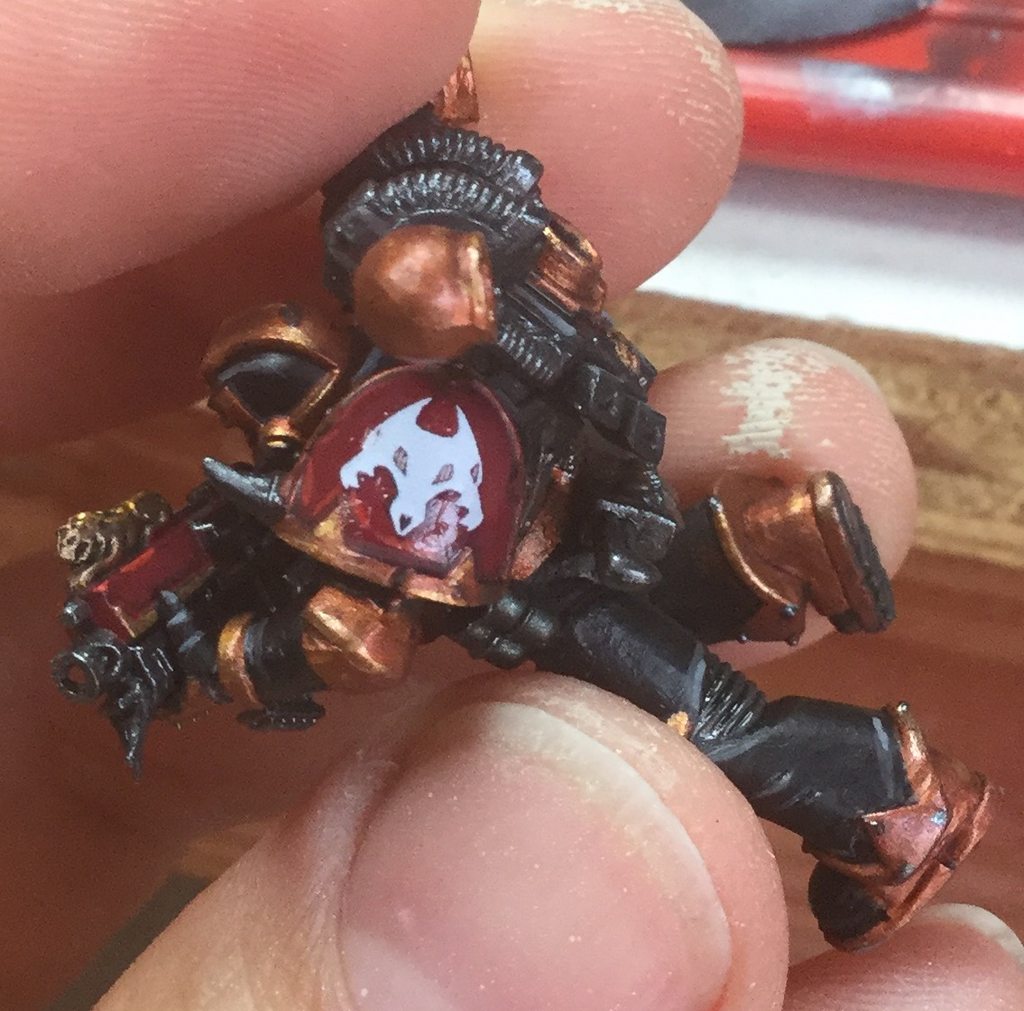 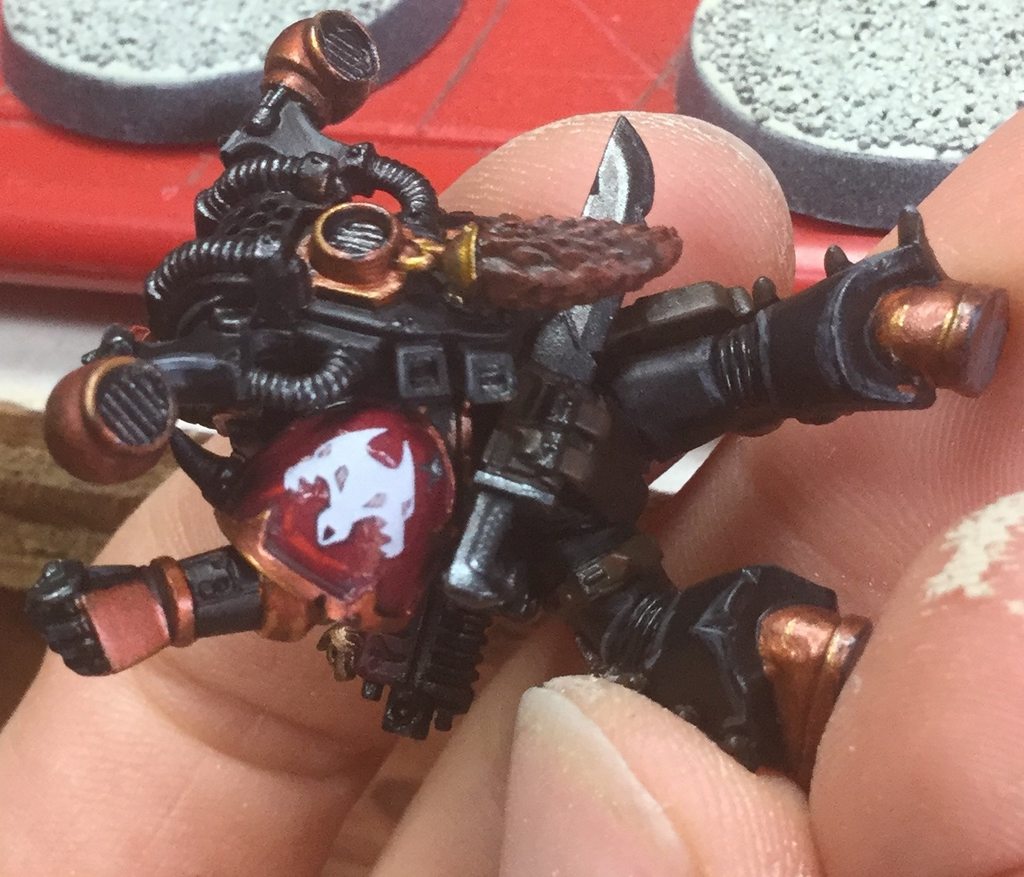 This is a 10-man squad of Khorne-marked CSM from the Fangs of Cerberus.

They are mostly armed with bolters, though two have meltaguns. They all have close combat weapons, obviously! They'd be happy to batter Eldar to death with their fists, but even happier to cleave them into pieces with combat blades. 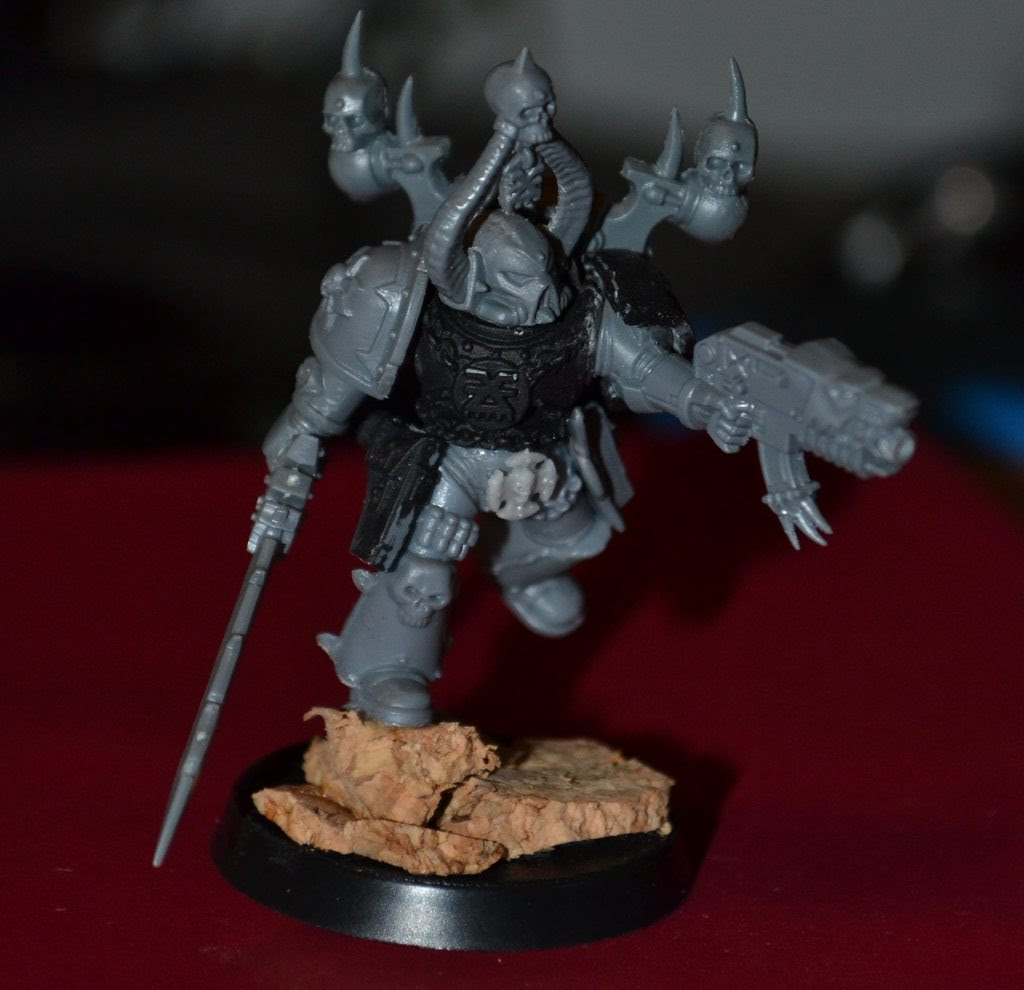 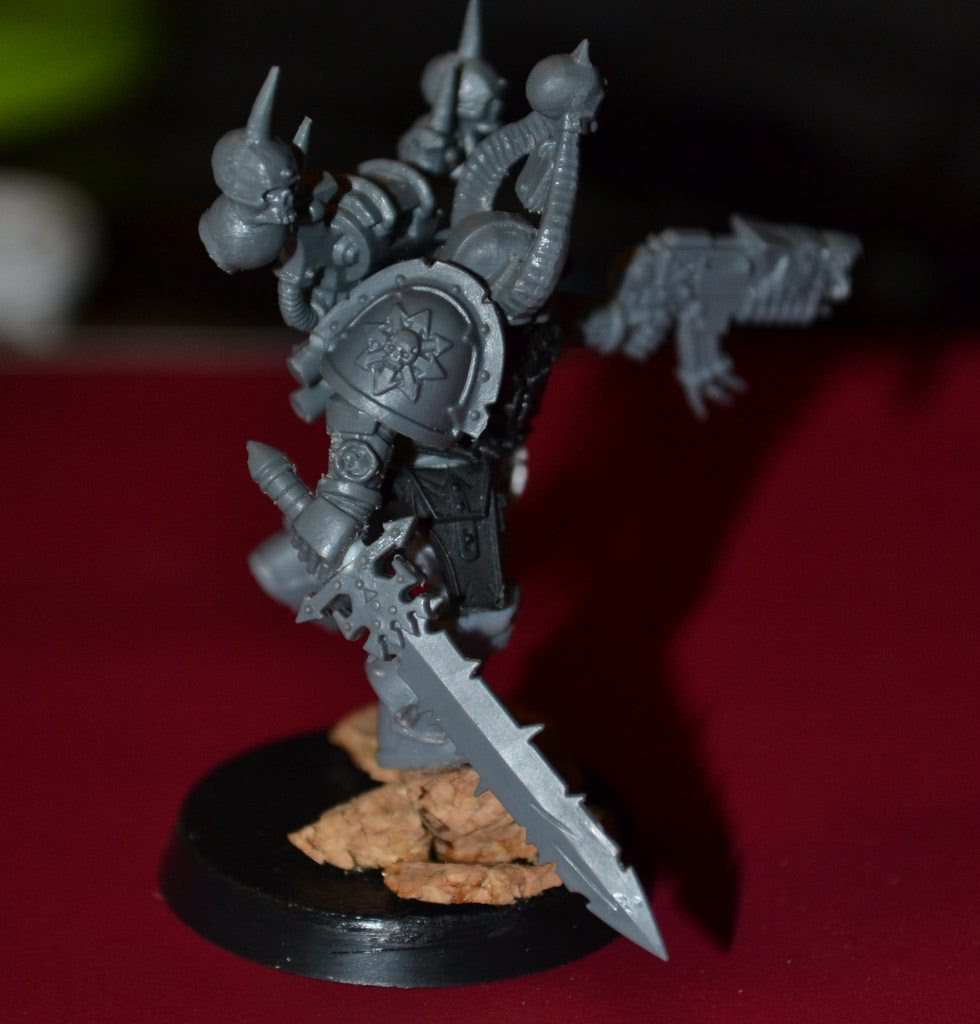 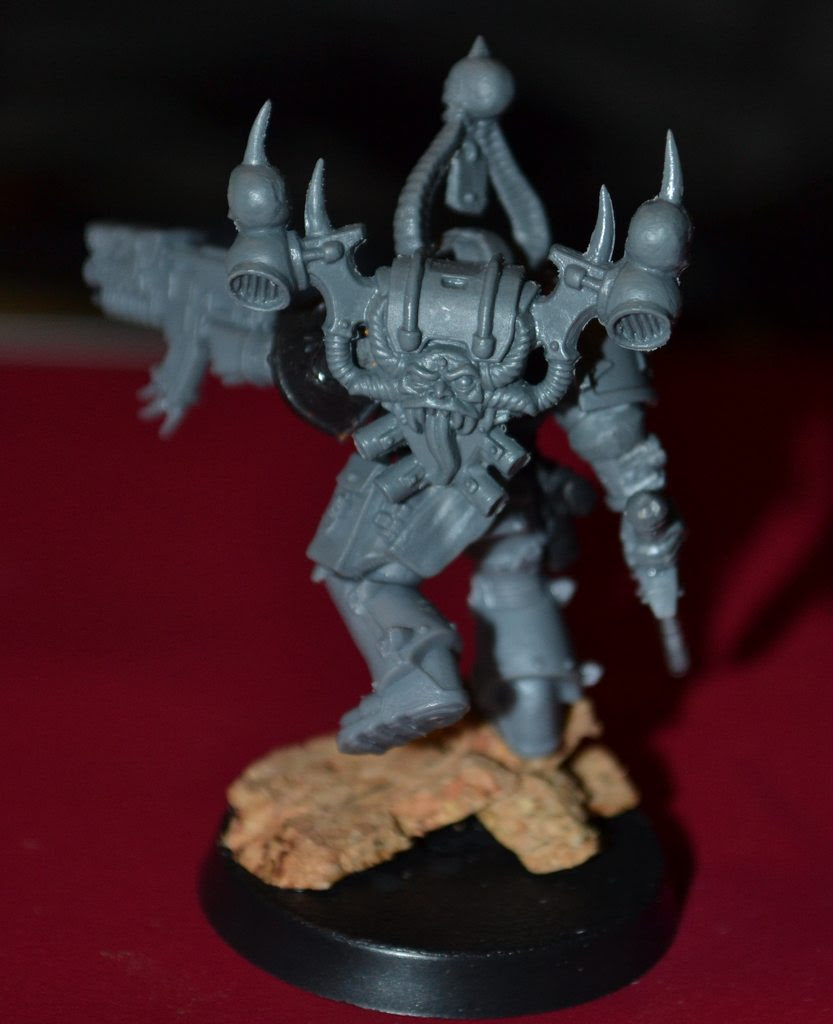 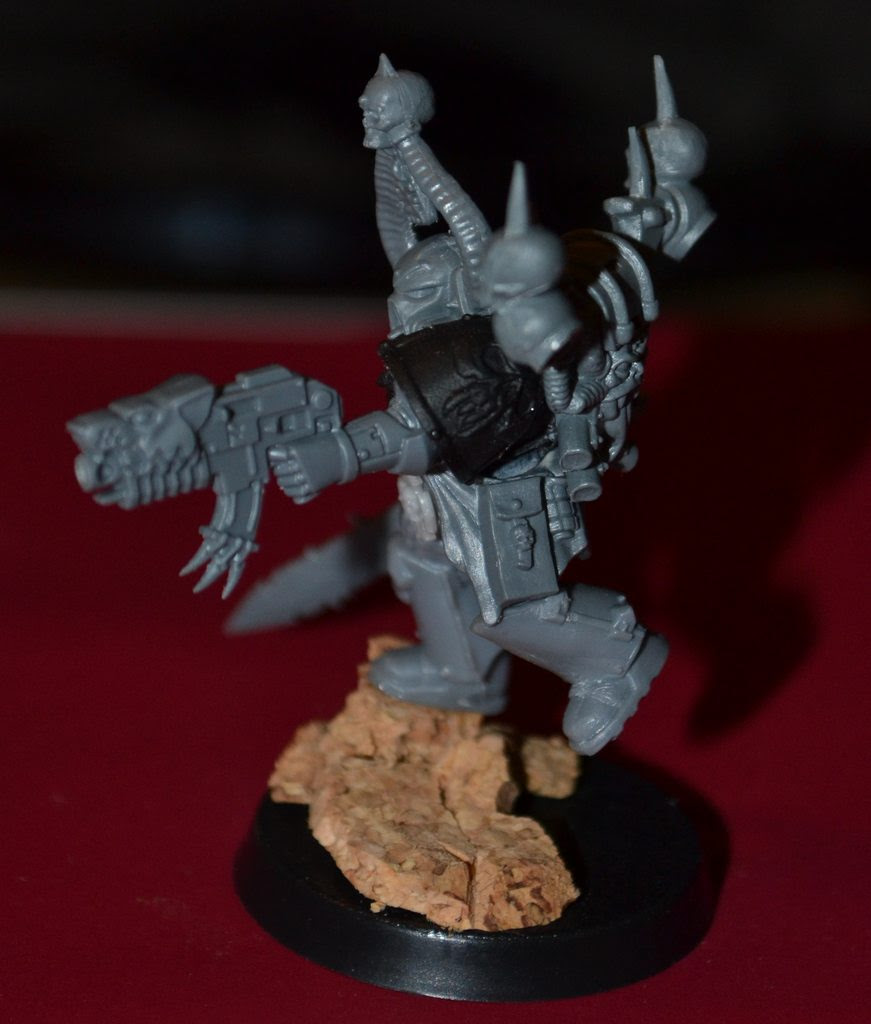 And the other members of his fang: 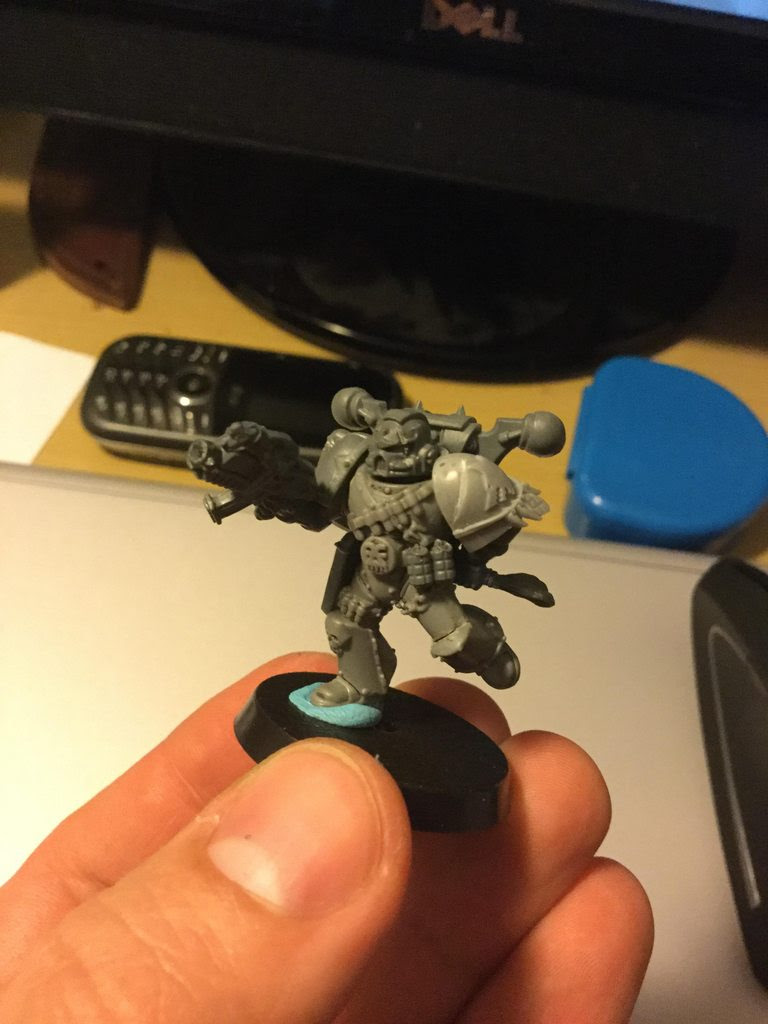 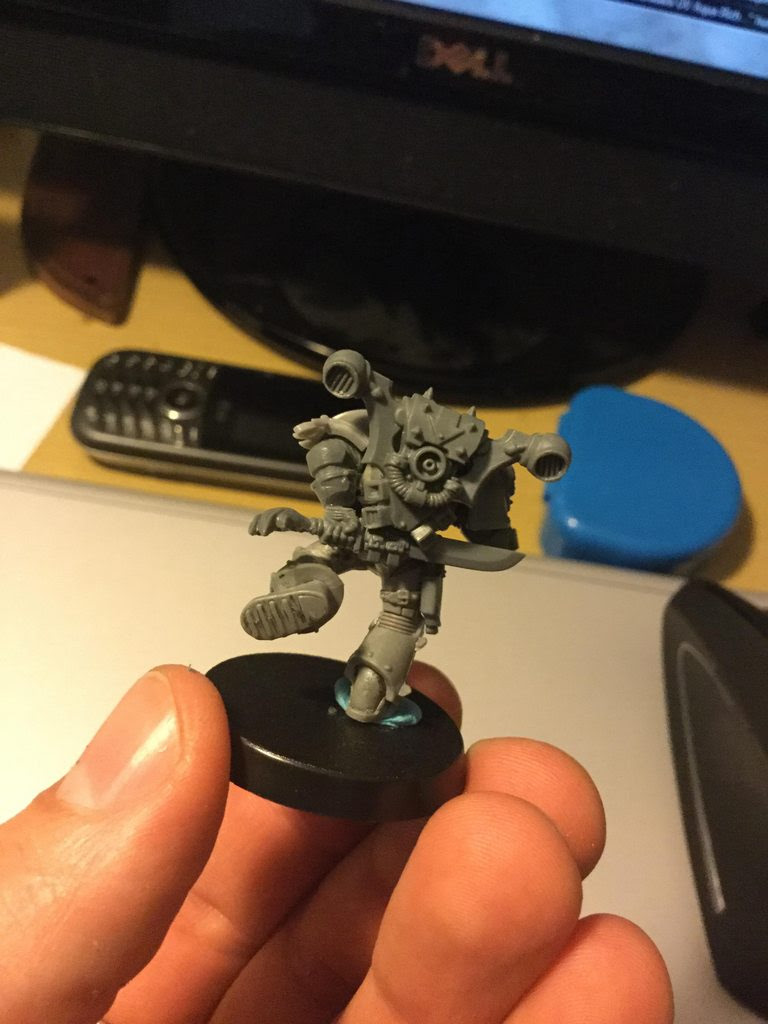 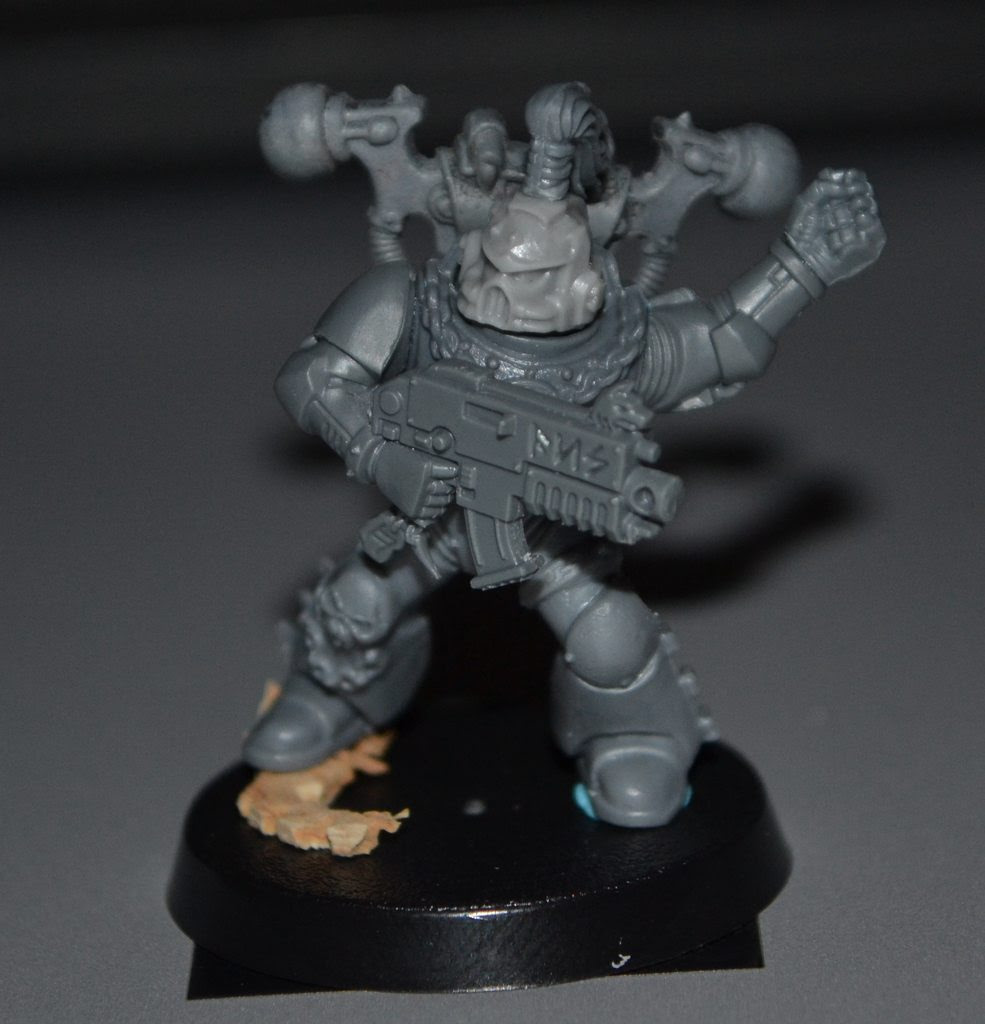 Posted by Juggernut at 4:31 PM No comments:

The Fangs of Cerberus

It's been a while since I've updated the blog, so I decided to share what I've been working on intermittently for the past few months.

There is a large contingent of traitor Space Wolves in my daemonkin warband known as the Fangs of Cerberus.

Cerberus is a greater daemon of Khorne, rumored to perhaps be another name for Karanak himself, who has possessed/corrupted the entirety of the traitor wolves simultaneously. They are mostly a warband we would recognize as chaos space marines, but the more daemonkin-like elements are those moments when Cerberus exerts his control over them. In tabletop terms, this occurs during battle in the form of blood tithe buffs and such.

How they interact exactly with the rest of the Brass Stampede hasn't really been determined yet. I either have time to work on the minis or write fluff, and the former is easier by far for me to achieve something I'm happy with.

First, the counts-as berzerkers. I haven't named the unit yet, but here's the WIP: 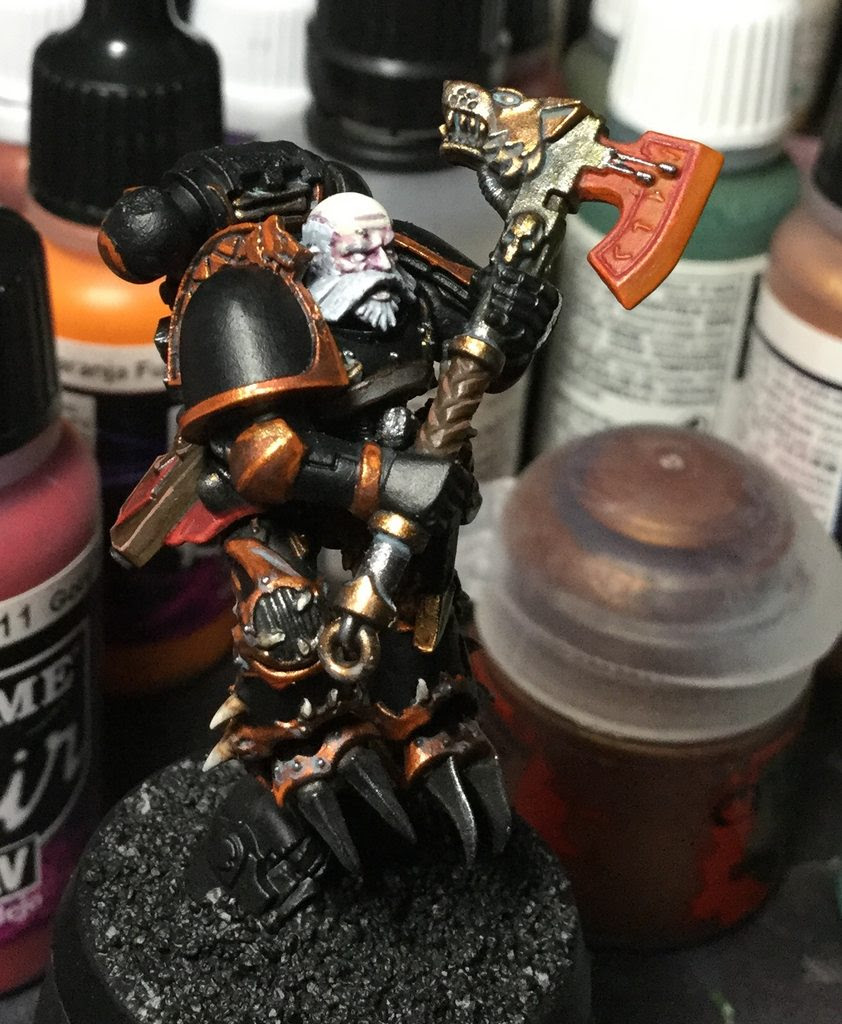 Here you can see the black and copper color scheme I'll be using for the Fangs of Cerberus. I've built 20 of them, and plan on using them in the Fist of Khorne formation once my Kharbydis pod arrives.

Trying to paint the unit at the same time, going down the line with basecoat, trim, etc. 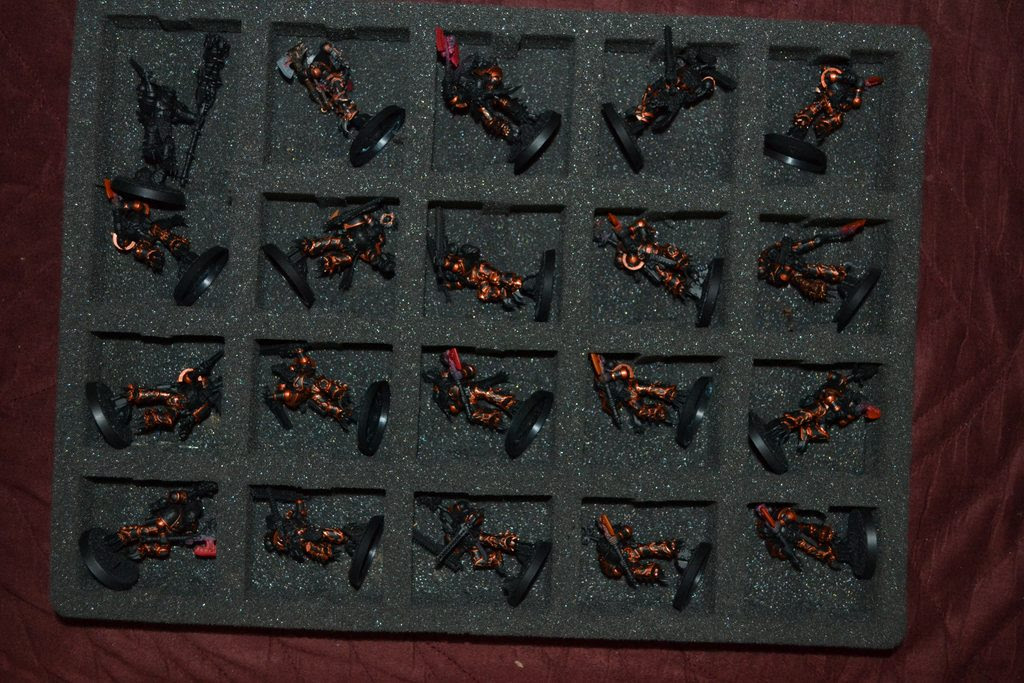 They're armed with either dual chainswords or two-handed power axes. Obviously they'll only ever count as close combat weapons/chainaxes. I made an Icon of Wrath bearer and 2 with plasma pistols, just for the hell of it. The champion has an Axe of Khorne, which he may or may not end up using.

Here is the fully built second unit of Skullcrushers: 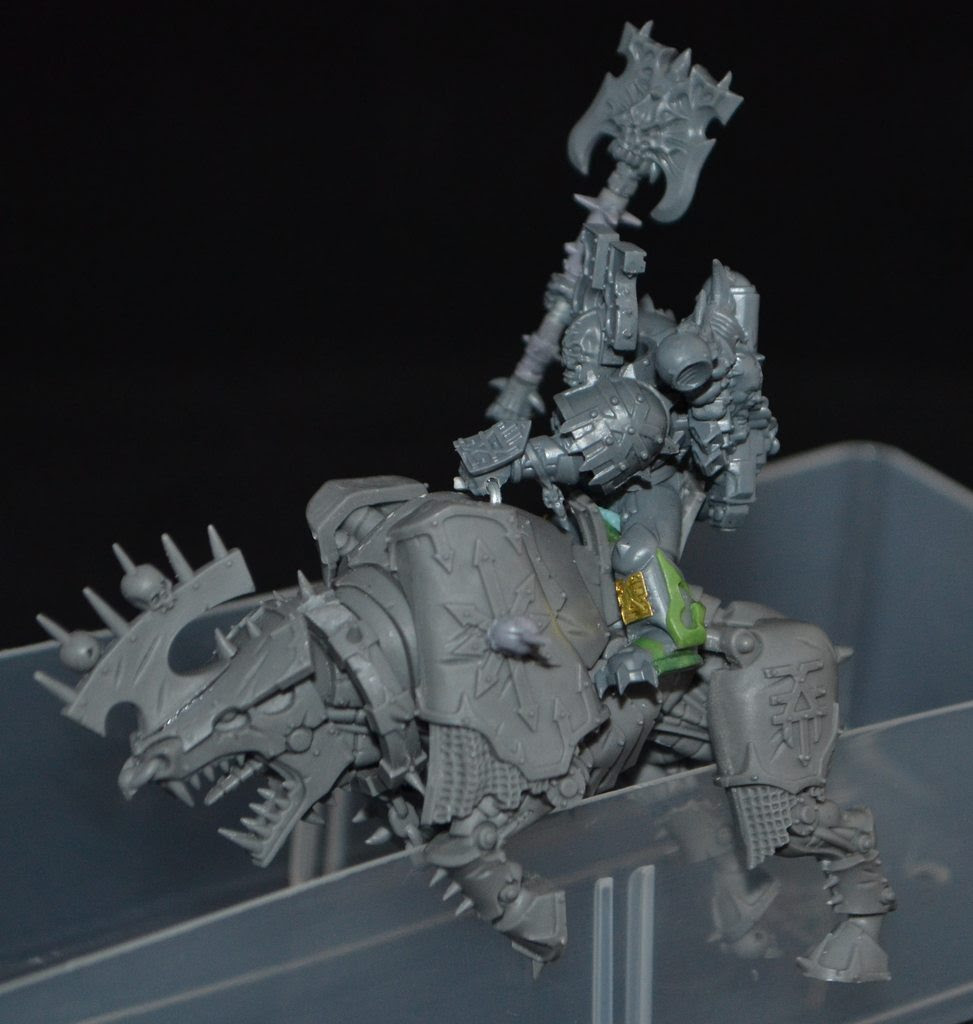 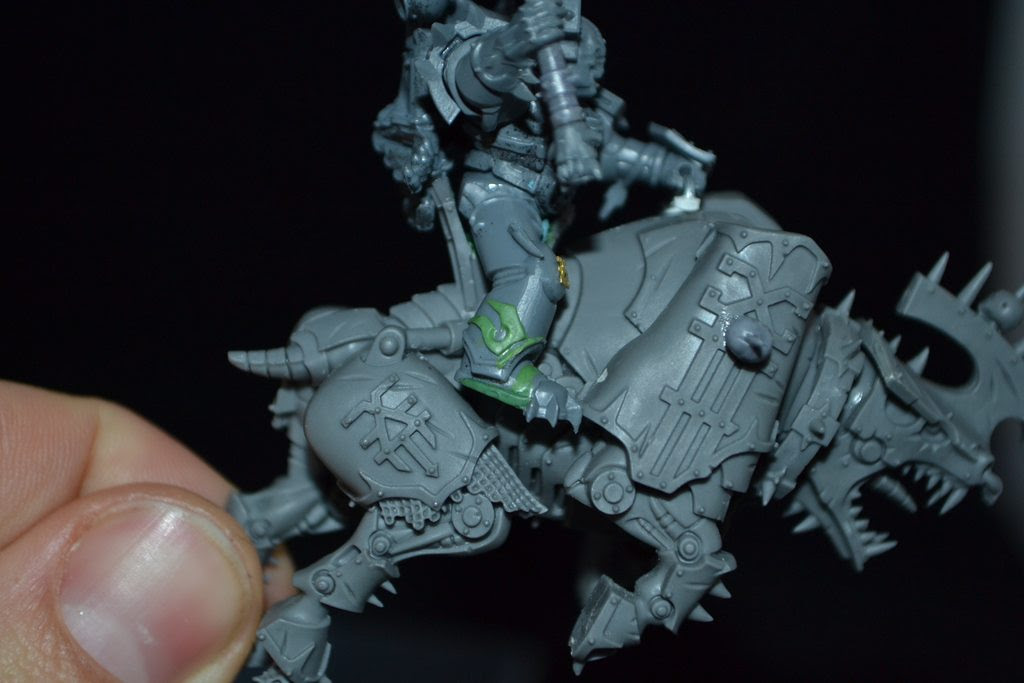 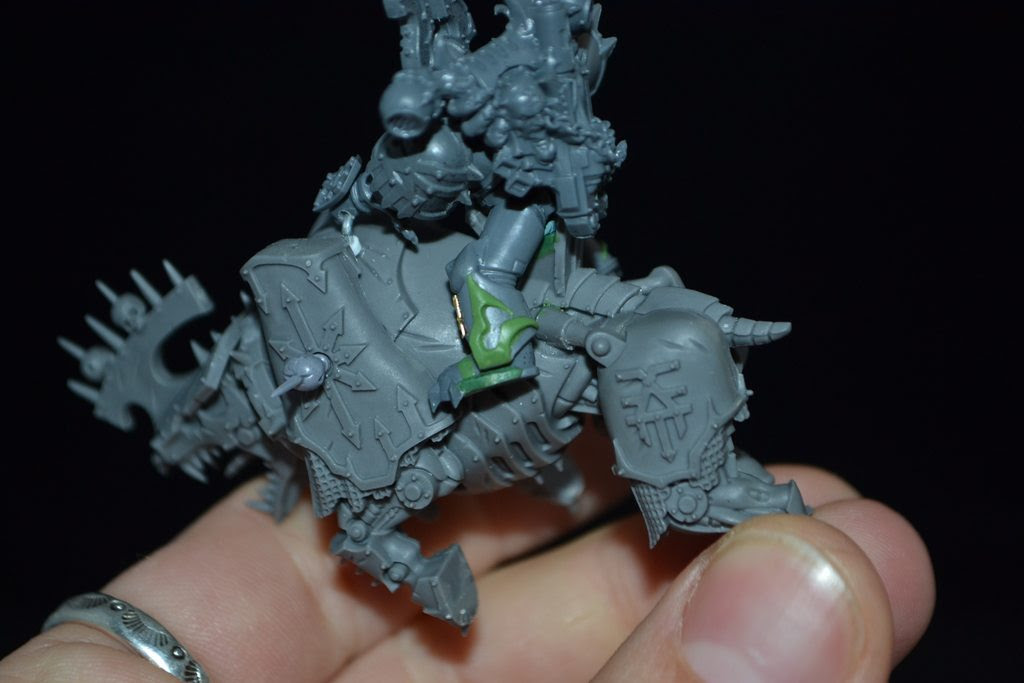 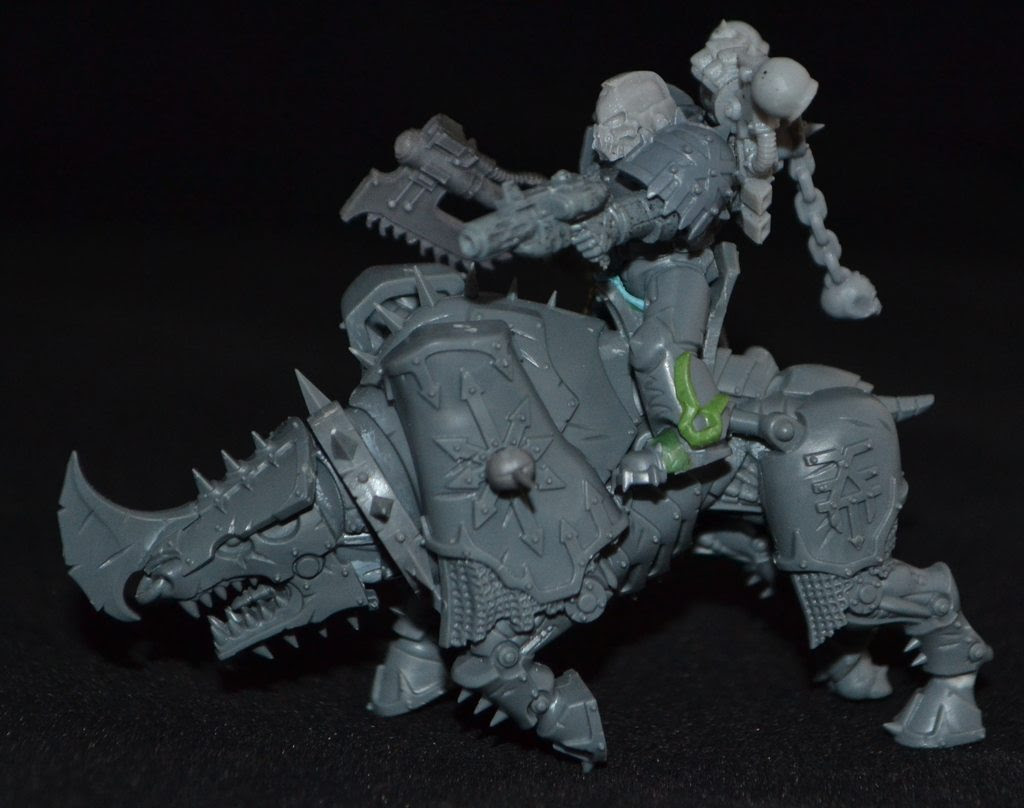 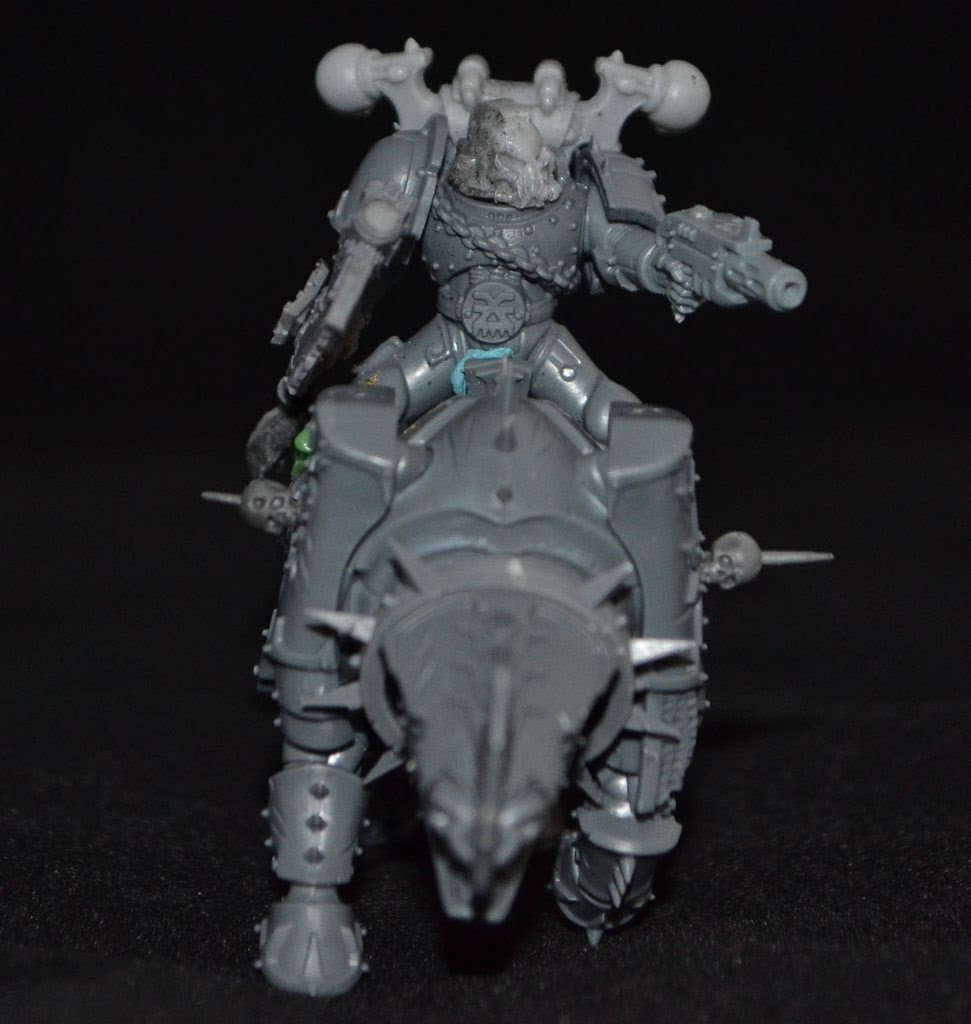 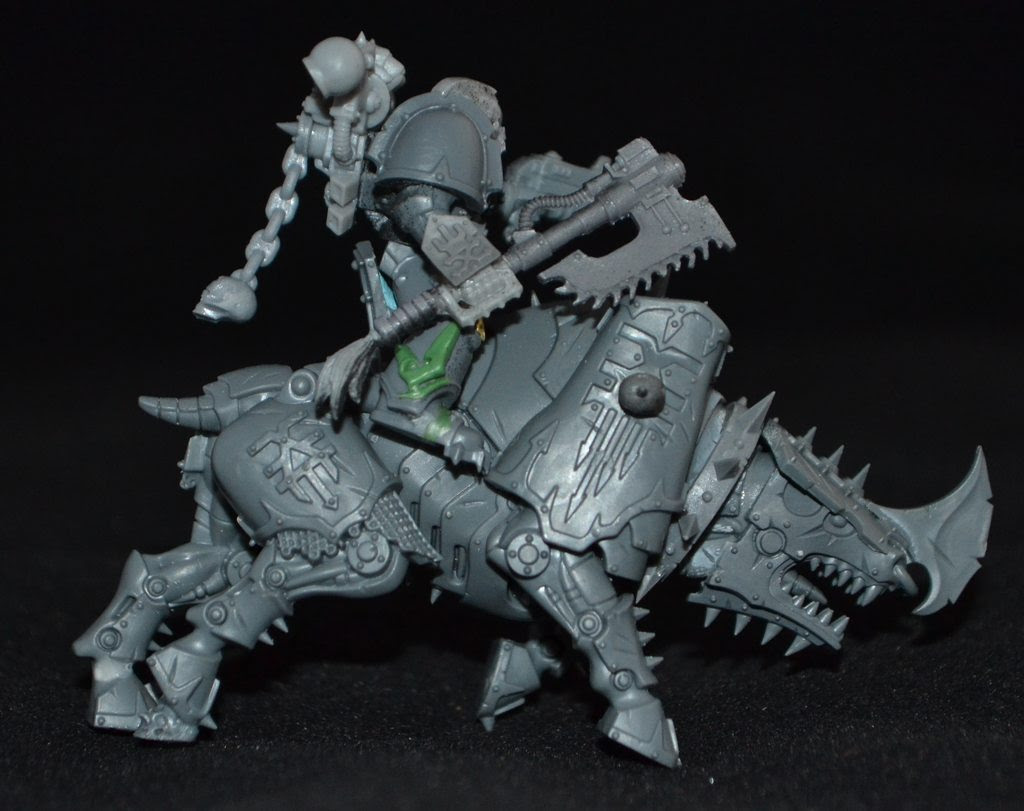 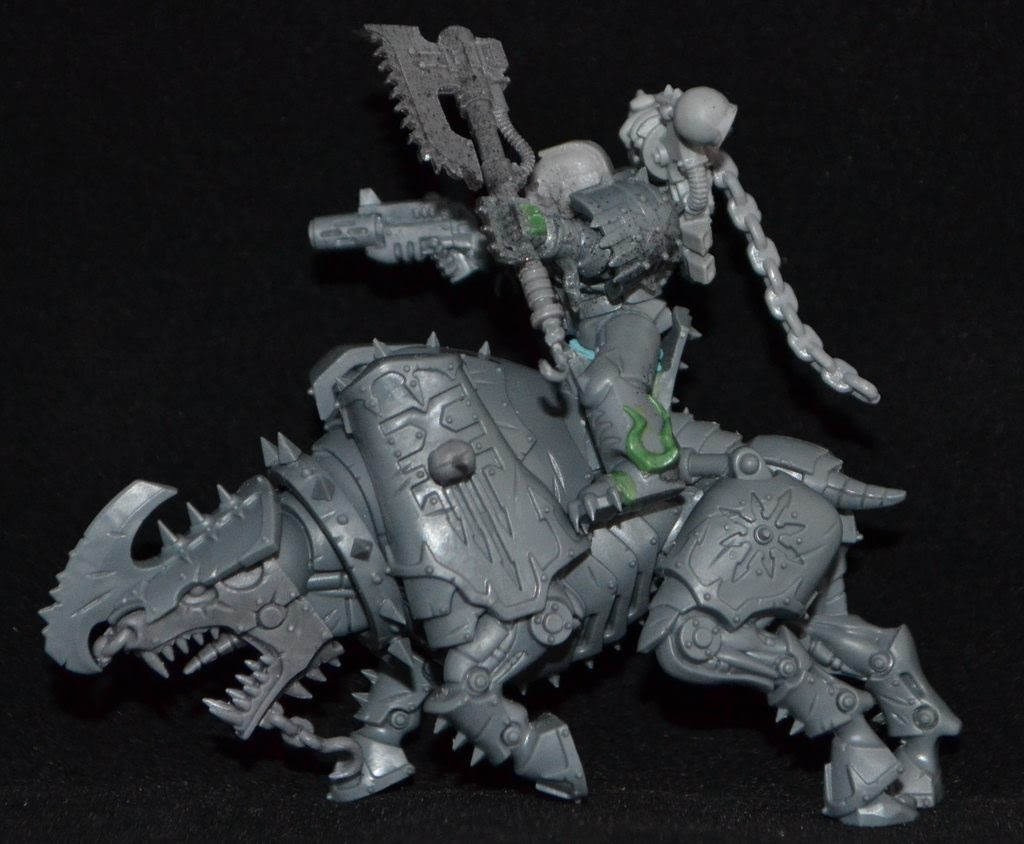 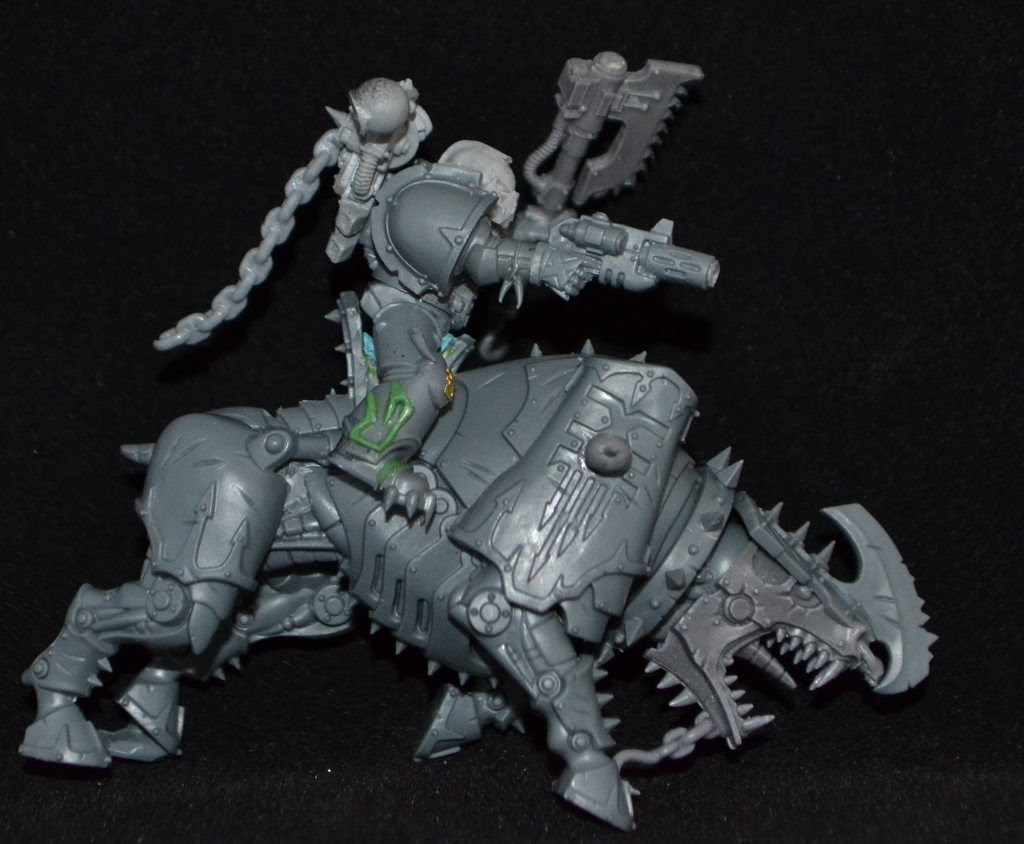 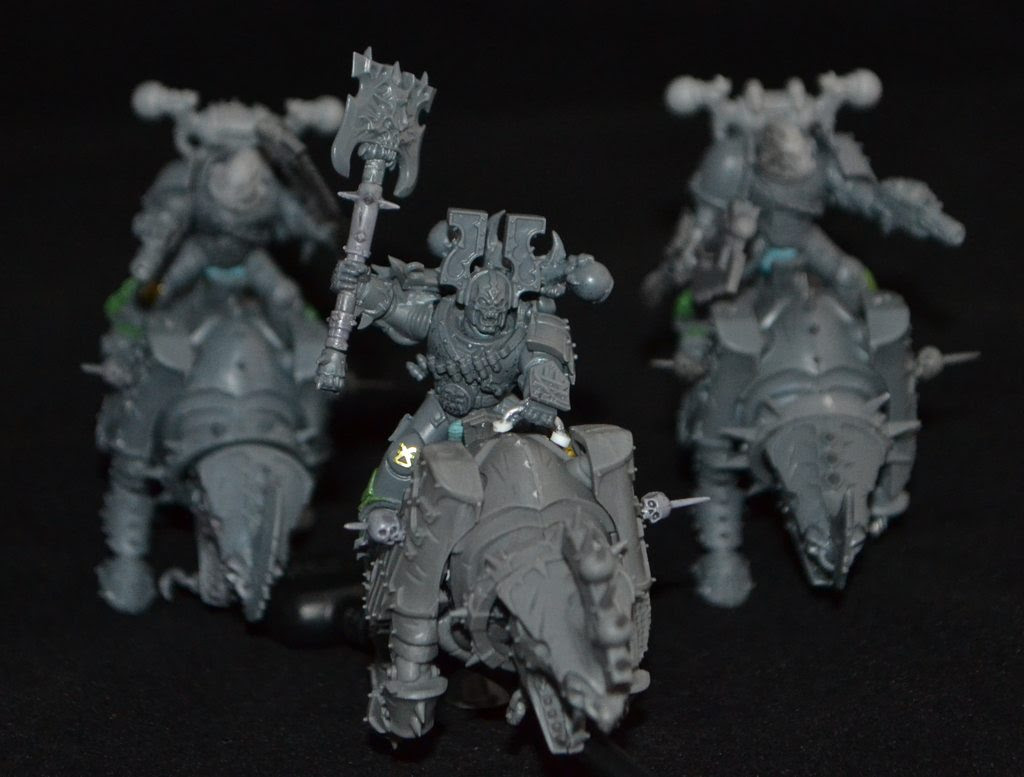 Posted by Juggernut at 10:38 AM No comments:

WIP: Back in the Saddle

Using this paint scheme from GW as inspiration (for the juggernauts only): 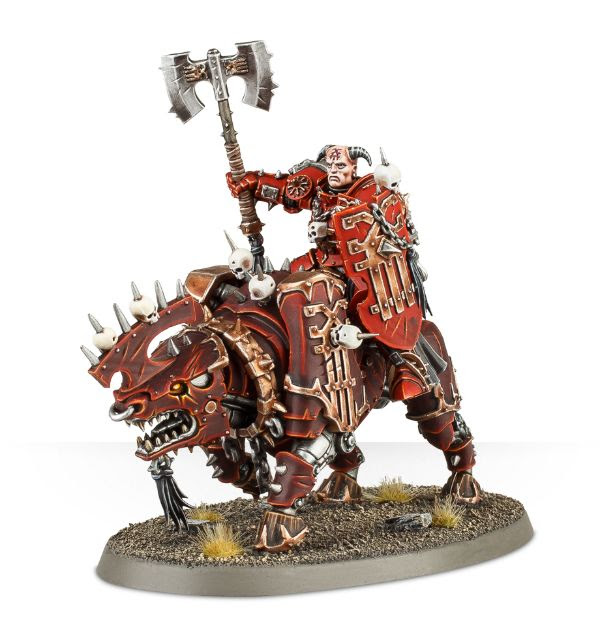 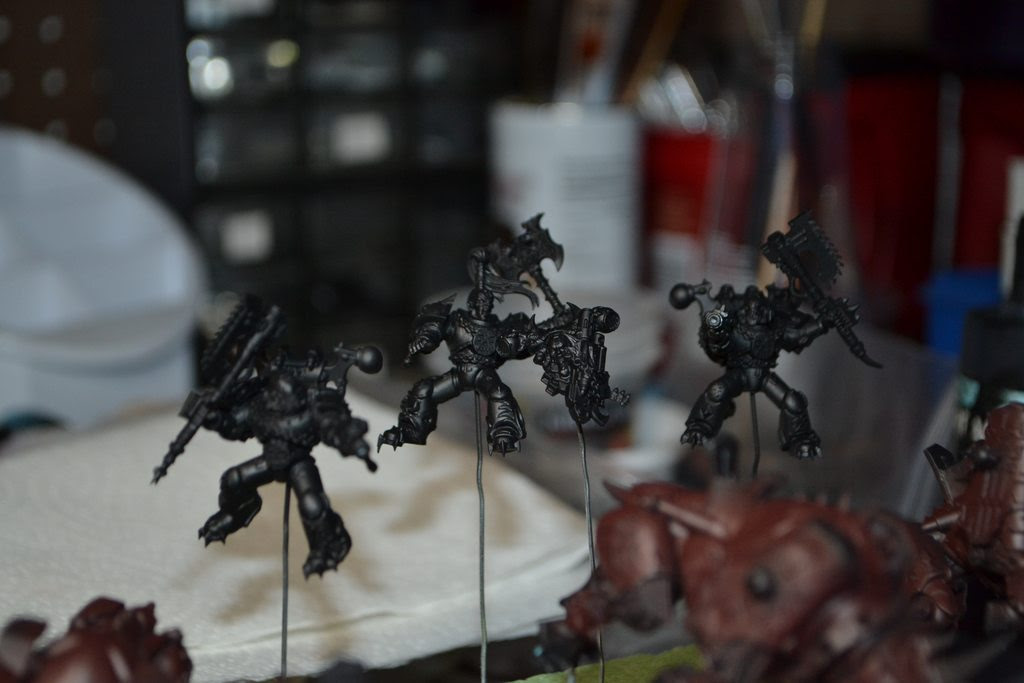 Notice the backpack from the Dark Vengeance champion: combi-melta. For a change I'm gonna try WYSIWYG with this army. 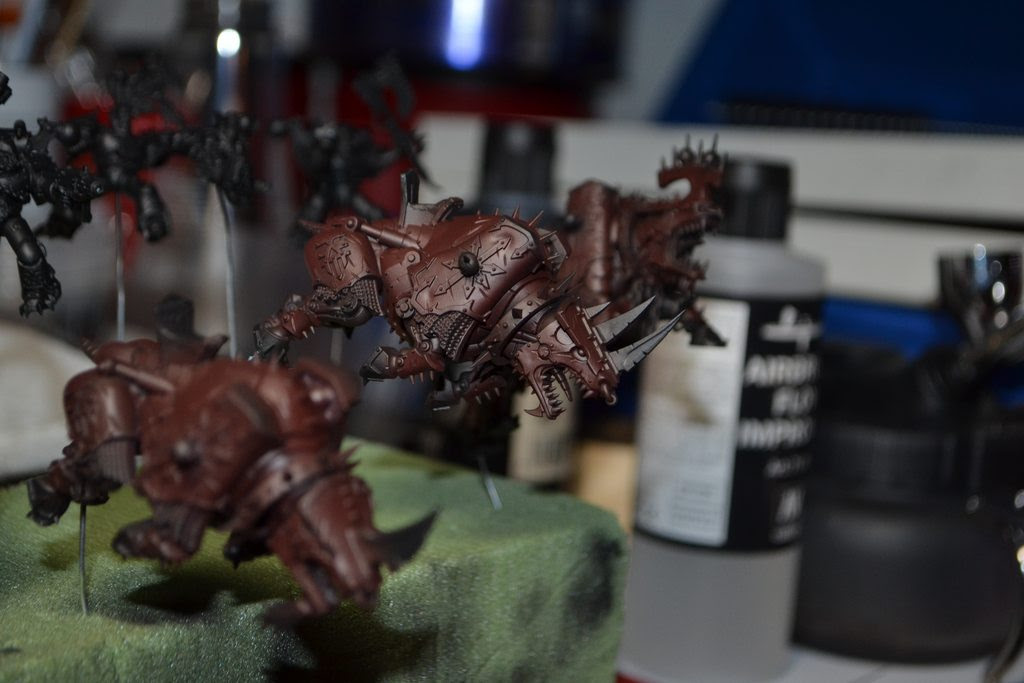 And the basecoat done on the juggies.

Super stoked to work on these guys!
Posted by Juggernut at 8:48 AM No comments: